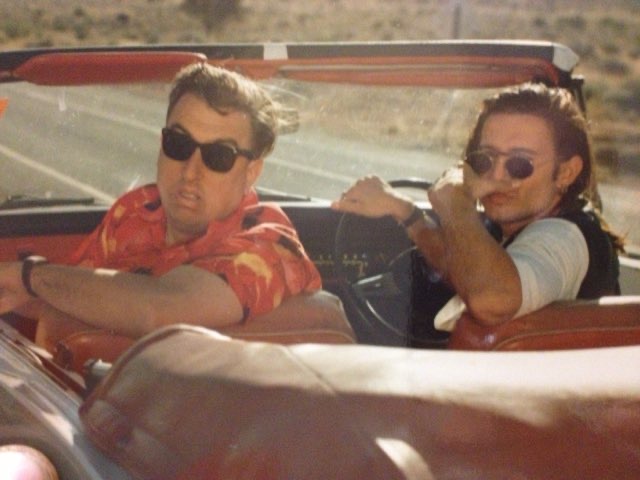 “I had a great opportunity to experience four months of screen testing and calls backs back in the early 90’s.”

The South Korean film industry has exploded into the public eye with the meteoric success of Bong Joon Ho’s Parasite.

However, those in the industry know that the fifth largest movie industry, “Hallyuwood”, has been growing since Park Chan-wook’s Oldboy first took the Grand Prix at Cannes in 2004.

Since then, there has been a slew of top films including, The Host, The Handmaiden, Mother, Train to Busan and Snowpiercer.

This steady rise in quality of film comes as no surprise to Billy, who first went to South Korea in 1993 to star in Marriage Story 2.

“Back in the 90’s. It was a blur to be honest. The people were amazing. The industry at the time wasn’t as developed as it is now, it truly has come a long away.”

Billy tells us there has been a change in the industry since he was first there, “It has developed its story telling”, an idea shared by other professionals when discussing the South Korean Film industry.

Even though the industry was still in development, Billy was able to take valuable lessons from his time in South Korea and bring them back to his teaching.

“Don’t take things for granted! I was offered so many opportunities that I couldn’t see at the time that are so crystal-clear right now.

“If only I had the older version of me to mentor me through it.”

Billy brings these lessons to his students today’

“In this industry it’s not all about talent, it’s about hard work and dedication.”

As we move into a new year, Billy foresees the South Korean film industry to: “improve in all areas and get better and better.”

The South Korean film industry gave Billy opportunities he could have only dreamed of in Australia.

“I went there as an actor and left becoming a director, having to deal with a constantly changing script and the language barrier was a blessing in disguise.

“I worked behind the scenes as much as I worked in front of the camera, learning information that would change my life.”

In the midst of offshore success, Billy notes what the Australian Industry can take from the success of the South Korean industry.

“It needs to support the arts more, its not always about making a profit we need to nurture and support the young up and coming writers, directors and actors.”

If you want to learn more about learning from Billy, contact us today.