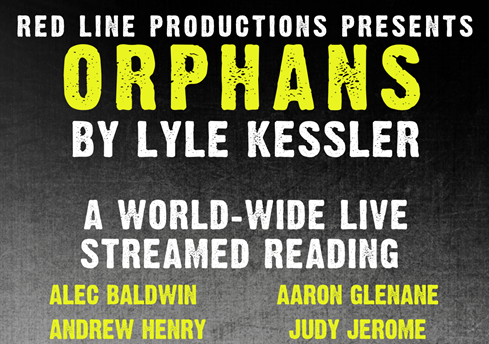 In an event streamed across the globe as a first for Red Line Productions, audiences were invited to witness the brilliant performances as Alec Baldwin as Harold, Aaron Glenane as Philip and Andrew Henry as Treat reprised their roles, and stage directions read by Judy Jerome.

Aaron Glenane first appeared as Philip in 2015 at the The Old Fitz, The Actors Pulse Director, Billy Milionis, went twice to see Aaron’s performance and had this to say; “It’s always an exciting experience watching students develop over the years. I have to say watching Aaron Glenane in orphans in 2015 was no exception I remember watching Aaron Glenane twice in orphans and thinking to myself afterwards what a gift it was to have such a talented actor and a nice guy go through the studio.”

We’re excited to see what new inovations come to fruition during these trying times.