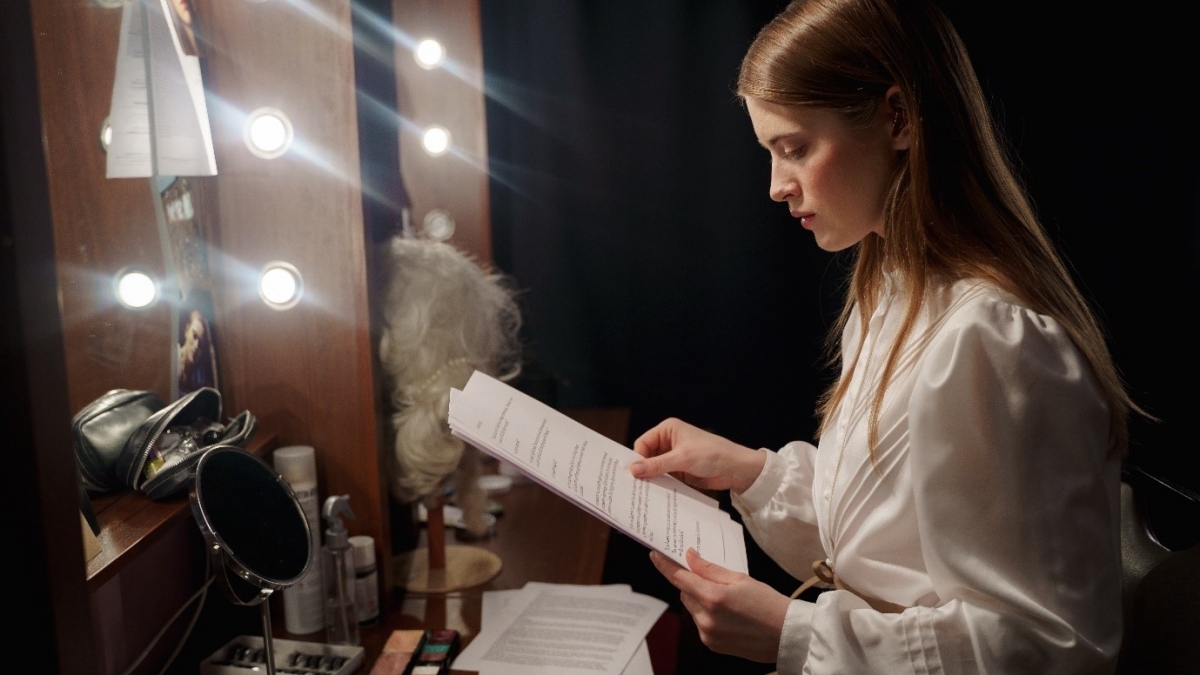 Are you a novice or a student in drama class just starting and are excited to broaden your acting skills? If you’d like to break into the film and acting industry, you’ll need to know what movie scripts will be helpful to your studies, and there are a huge collection of short plays and film scripts you can take advantage of. This is the key to moving forward in your acting career! 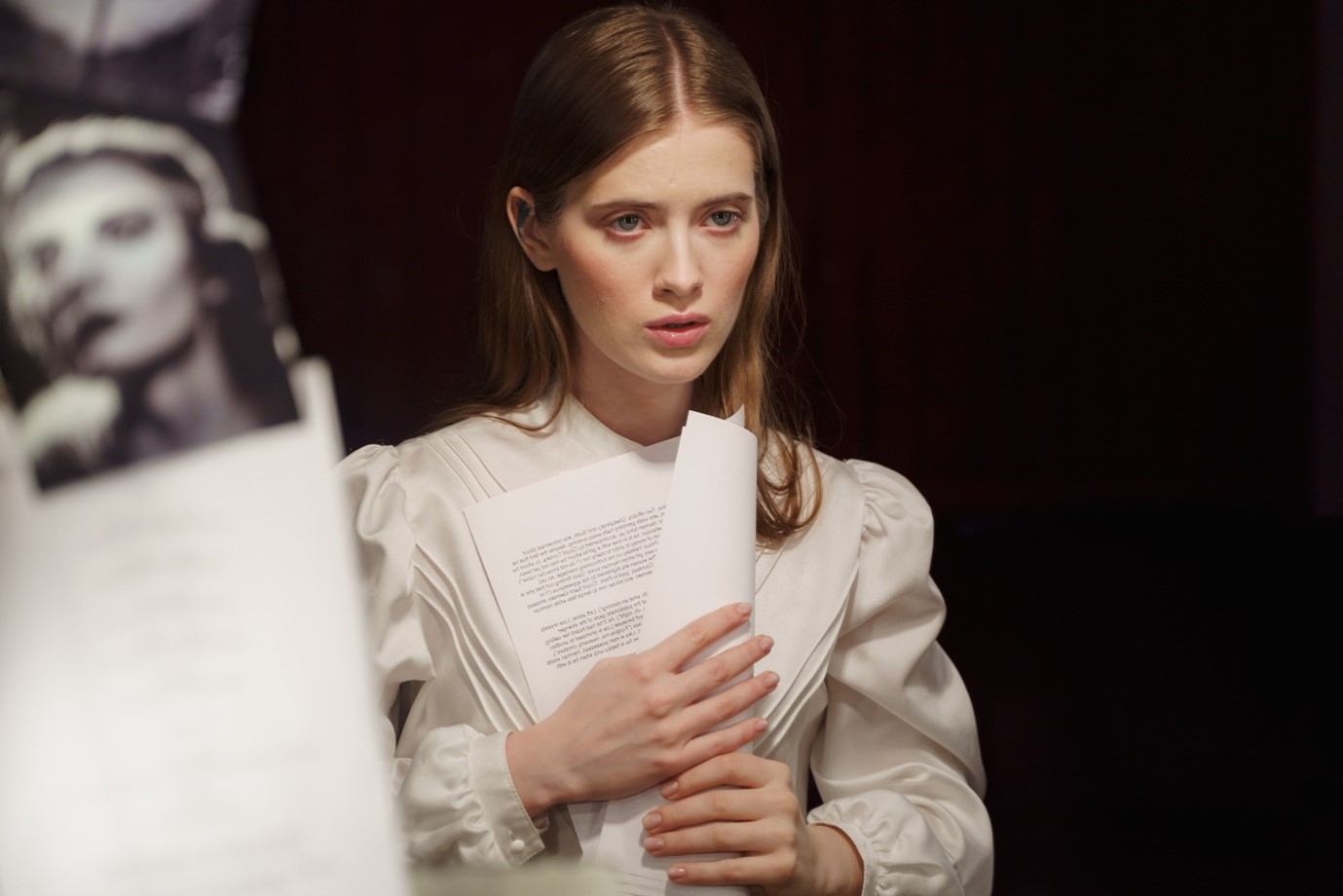 How do beginners practice acting?

Group exercises are great for critiquing each other’s acting skills, improving scene work, using your imagination, playing on each other’s ideas, assisting in vocal exercises and breath work, stretching, and working on monologue.

Reading scripts can ultimately help improve your creativity, and regular training workshops with an actor friend will greatly benefit your performance over time. Treat it like an audition for two friends!

How can you practice acting by yourself?

If you don’t have anyone to practice with outside of classes, don’t stress! Solo exercises in the comfort of your own space can be useful for developing techniques over time. And there’s no need to worry about an audience.

– You can record yourself acting a scene in a play! Set up a camera and press record because this can help you identify things you may not have, such as body posture, facial expressions, and the way you’re speaking your lines.

– Observe others and take notes. Whether it’s at a coffee shop or a bookstore, pay attention to how people act when they’re being themselves. Their body movements, clothing, walking style, and even hand gestures can give you a lot of ideas to help create your characters in plays.

– Educate yourself with books or websites that explore the dramatic arts.

How do you practice dialogue in acting?

With acting, you need to know your lines in all forms, so how do you practice dialogue on the page to prepare for the stage?

– Practice scenes. Read lines whenever you can, create cue cards, and invite a friend to help you; this is excellent when reflecting on what went wrong! Two people are better than one when it comes to receiving feedback.

– Cold reading. Reading any script out loud can help with speaking clearer, understanding the scene and story, and warming up before a performance.

– Use apps to help with line memorisation such as LineLearner, Script Rehearser, Rehearsal Pro, or Speechify. You can quiz yourself as well! 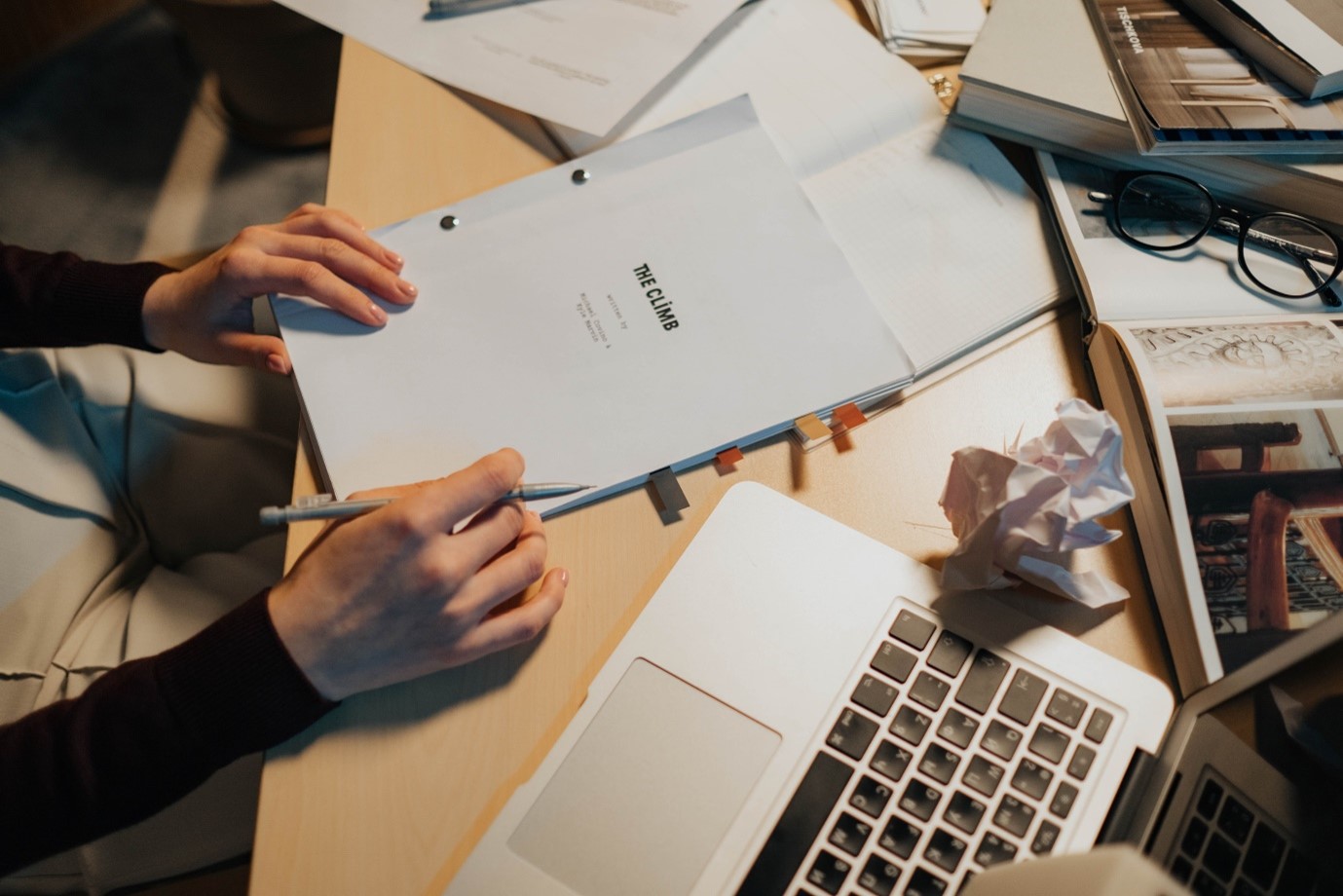 What scripts should actors practice?

Do you struggle reading and understanding scripts? Being able to map out scenes with a scene partner can help you to create and build your fictional characters in scenes, and also gain confidence in your own voice.

Think Shakespeare’s plays, dramatic monologues, dialogue scripts, or comedy monologues. There is a huge collection of scripts available for all student actors to make use of!

Eternal Sunshine of a Spotless Mind

This isn’t the typical man meeting woman story; it’s filled with complex storytelling and scenes to analyse. With large segments of scene description, it’s great for helping student actors to be creative when setting their scenes.

Originally written as a sci-fi thriller set in New York, this story weaves comedy with drama. It is genius in terms of world and character building. Most characters except Truman are actors themselves!

This script is a collection of short stories and has many small scenes to keep the reader interested. At 70 pages long, this gives insight into how to make smaller scenes more impactful.

Just A Chat, Nothing More

As a thriller, this interesting script is all about uncovering information. Reading this will help actors with body language, using silence and pauses for drama, and exploring feelings of power or status.

Two strangers’ bond due to a terrorist bomb exploding in an airport. Drama scripts such as these are useful for experimenting with traumatic events, as actors can build a character to react in different ways.

A daughter routinely visits her father in prison. This dramatic short piece is great for actors to practice exploring deeper and more complex emotions.

This drama explains how a pushy fan is disturbing a musician. Actors can work on tweaking this scene from comedy to drama, which makes it fun to practice with.

This is a brief comedy-drama. A newlywed couple discusses their fears in a motel room, the script holds a lot of intense, relatable emotions and is great for practicing.

Drama is helpful with practice scenes, and this explores a power dynamic between a cleaner and a wealthy businessman. Actors can explore the different personalities and how they can work within a scene.

A couple is intrigued by a blank painting in an art gallery, and this drips comedy with its sharp and snappy scenes. This kind of story benefits from physical choreography by actors, so you can explore the simple intricacy of understanding something anyone can come across in life.

Three actors are needed for this comedy skit, and this is excellent for young actors to focus on the funny side of the characters in scripts.

This database is a brilliant resource for beginner actors, as it has over 700 monologues and scenes of gender variety to be performed in drama class.

With Actorama, students can search for scenes from movies, plays, television, and books. These can be filtered according to gender, type, source material, actions or emotions explored, period, genre, or keywords.

If you enjoy alternative work, this is a great resource to practice scenes. Once registered with Talent Pages, members can search through a bulk collection of indie scripts.

Want to study the movie scripts of pre-loved films? Scripts on Screen has scripts such as “Ace Ventura: When Nature Calls”, “Alien Vs Predator”, “I Am Legend” and many more!